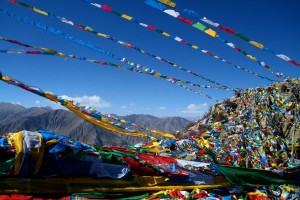 The Peace Flag Project is based on the Prayer Flags of Tibet. In Tibet, the tradition of hanging flags began more than 2,000 years ago. At that time the country was ruled by war lords who carried their banners into battles. The native people, however, made their own flags to honor the nature gods of Bon, their shamanistic religion. They used colors of the five elements: blue for sky or space; white for air or clouds; red for fire; green for water and yellow for earth. They hung the flags over mountain passes and rivers to benefit all who would pass underneath.

When Buddhism was introduced to Tibet in the 7th century, it brought the ideals of peace and compassion Within the next century Buddhism largely took the place of Bon, while absorbing many of its characteristics including the flags The early flags contained both Buddhist prayers and pictures of the fierce Bon gods who they believed protected Buddha.. Over the next 200 years Buddhist monks began to print mantras and symbols on the flags as blessings to be sent out to the world with each breeze. Thus they became known Prayer Flags. 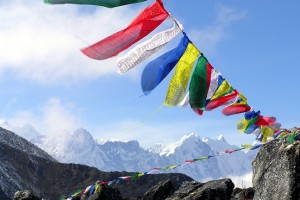 In the ensuing years, Tibet was ruled peacefully by a succession of spiritual leaders, the Dalai Lamas. Millions of men and women entered the thousands of monasteries to dedicate their lives to the practice of Buddhism, and the people of Tibet were thoughtful, daily practitioners of this compassionate, loving religion.

All this came to an abrupt halt when the Chinese invaded Tibet in 1959. Since that invasion, Chinese soldiers have killed and tortured more than a million Tibetans, mostly monks and nuns, and destroyed six thousand monasteries. People around the world who had become acquainted with the Prayer Flags of Tibet were horrified to see the soldiers burning strings of these sacred flags.

Thousands of Tibetans, including the 14th Dalai Lama, have had to flee from their country and live in exile around the world Their Prayer Flags continue to represent the tradition of sending out prayers, but they also remind us of a nation of gentle people who have been robbed of their home. Prayer flags are still stamped with prayers and hung to let the wind carry their messages in Tibetan refugee villages. Most of the Tibetan Prayer Flags we see today are made in those communities. And so, people around the world have adopted the custom of hanging Prayer Flags to commemorate special events and to transmit their blessings. 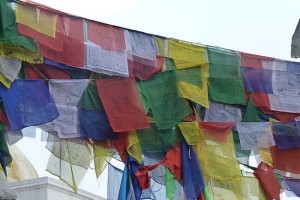 It has been suggested by contemporary Tibetans that we create our own prayer flags by imprinting them with poems, prayers and symbols from the great faiths of the world in hopes of uniting them in a spirit of peace and harmony. The Peace Flag Project provides the opportunity for people to make flags that express their wishes for the world. The flags may be hung indoors, but they are intended to be strung up outside where the wind will disperse their messages. After some time the prayer flags will fade and fray (they purposely are not hemmed) symbolizing the natural passing of all things. When that happens, the flags are to be burned to release the last of their prayers and then replaced by new flags that contain our renewed wishes. Or you may simply put new ones over the old ones.

Every time you look at the flags, let them remind you to continue to send out your own prayers for world peace, kindness and generosity. As you do so, you will also benefit from their blessings. 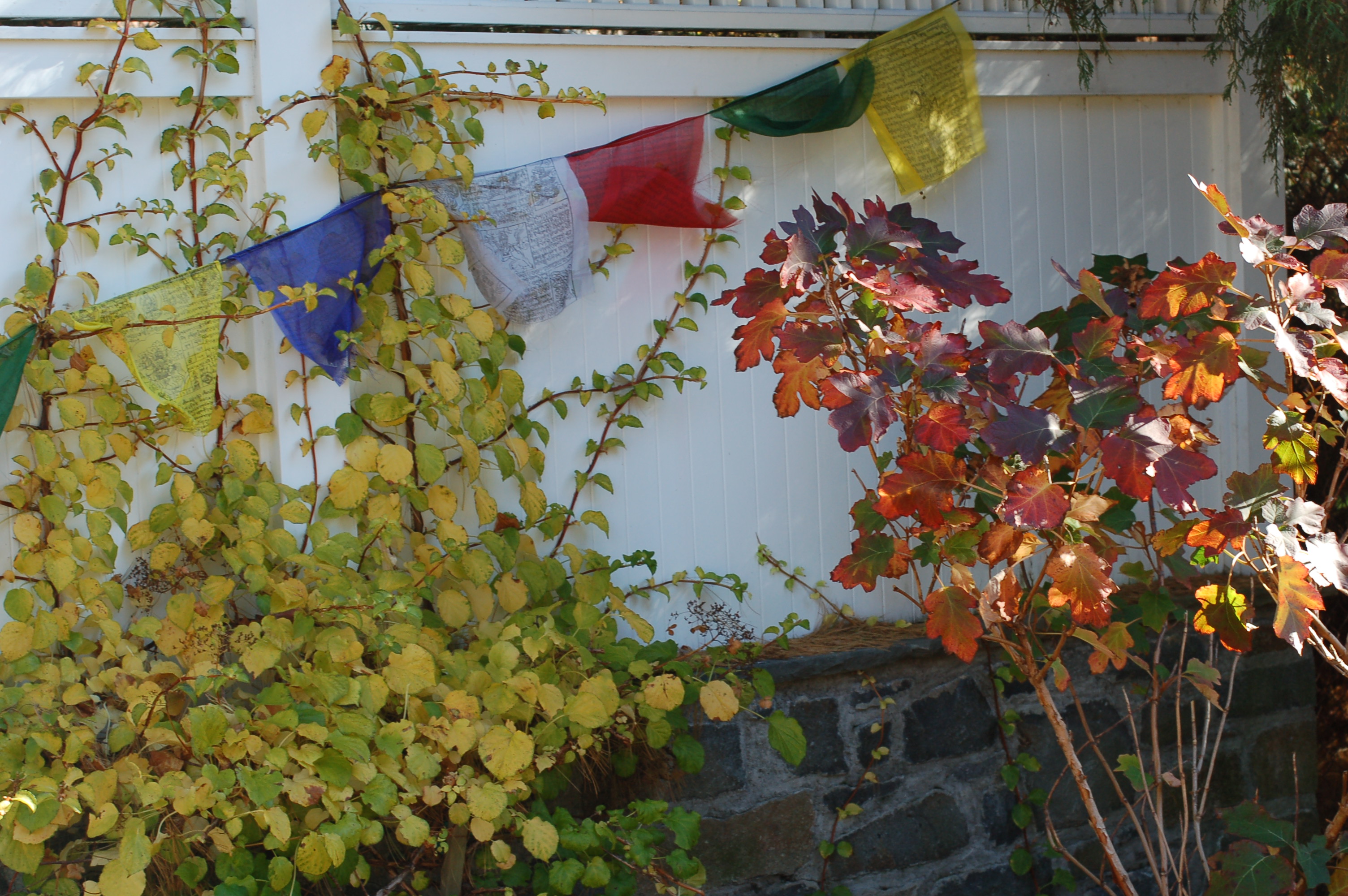