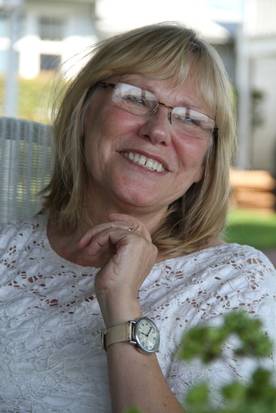 Ginny Fox founded the Peace Flag Project (PFP) in 2004, and has served as the Executive Director. In 2011, PFP became a 501C3. Ginny always says that working for peace is the work of her heart. The project which began as a personal spiritual journey has become something she has shared with thousands of people in RI and surrounding areas. She has studied Nonviolent Communication with Maria DeCarvalho and completed the Introduction to Nonviolence Training at the Center for Nonviolence and Peace Studies at URI. Ginny and PFP have been extensively involved with the Institute for the Study & Practice of Nonviolence and the URI Center for Nonviolence and Peace Studies. She served for several years on the American Friends Service Committee’s Support Board for Southeast New England.. As head of the PFP, she has worked with more than 100 organizations throughout the state and the region.

Her professional background is as an editor and writer at McGraw Hill Books and Random House in New York City. While living in New York City, Connecticut and RI, Ginny pursued photography at the School of Visual Arts, International Center for Photography, Silvermine Art School (CT), and with Kristin Street at Moses Brown. She has had a lifelong interest in the arts – dance, theater, and music. For Ginny, peace and the arts are intertwined. 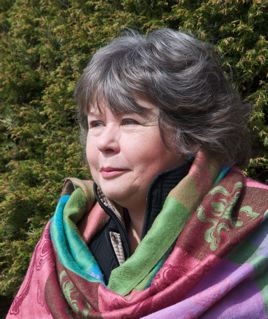 Susan Fox is an artist, author, educator, and core member of the faculty in the Expressive Arts Institute at Salve Regina University in Newport, RI . She specializes in transformational processes using art, consciousness and Deep Ecology, and is a practitioner in the field of holistic health. She is a creative coach /mentor and has co-authored two books, Visual Journaling and Nature and the Art of Self-Expression. Susan also hosts the Internet radio program, Eco-Light Radio (www.twoblueherons.net). Her website is Creativityfactorinyou.com 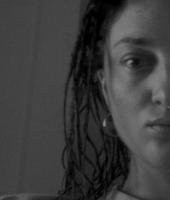 Hannah Resseger has been involved with nonviolent activism on a variety of levels.  Her years of working with youth through spoken word and Hip Hop music have always included a focus on peace and Ahimsa, meaning non-harming.  Linking up with the Peace Flag Project has created a connection between her students, her own activism around peace and bridging the gaps between peoples that can easily lead to violence.  The Peace Flag Project is about making a more peaceful world by starting with our lives.  This is what Hannah Resseger continuously cultivates through teaching, the arts and her own yoga practice. 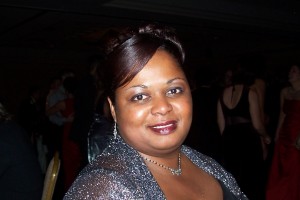 Mercedes Monteiro is a single mom of two wonderful children, a daughter, a sister and a friend. She works at the RI Historical Preservation & Heritage Commission, helping the many cultures in RI celebrate their independence, holidays and traditions thru music, art and dance. She loves organizing chaos and putting events together.  The one thing that all cultures and countries have in common is the desire for a better and peaceful life for their children and themselves.  So let’s start in RI and pay it forward.

I believe that peace is possible in Rhode Island and would like to help make it possible. I hold a Bachelor of Arts in Spanish from the University of Rhode Island and a Master of Arts in International Affairs from the New School.  I have held many jobs including working as a AmeriCorps VISTA at Serve Rhode Island and interning at Seeds of Peace in New York City.  I have also completed the Training of Trainers in nonviolence at the Institute for the Study and Practice of Nonviolence. Ever since I can remember I have hoped for peace and have been personally committed to it.  Through my studies I have come to the realization that teaching peace and practicing peace is the foundation for lasting change. Without it, all attempts at equitable and sustainable political, social and economic development are exponentially more challenging. 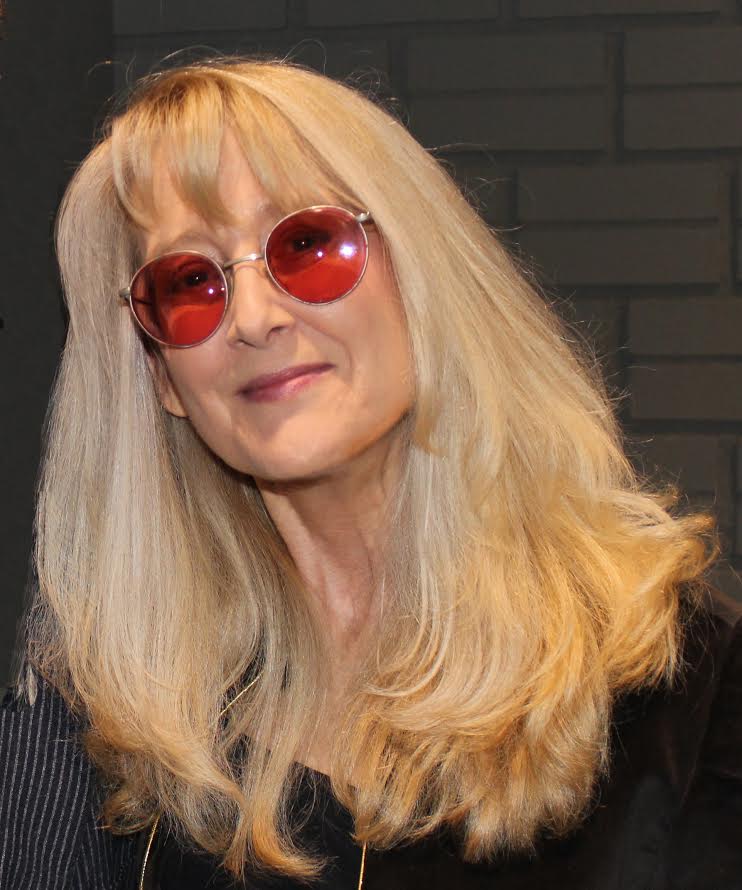 Cathren Housley’s professional work includes children’s book illustration, writing, and product design as well as performance, animation, and multi-media productions. She was recently awarded her 8th grant from the Rhode Island State Council on the Arts for her ongoing picture book/animation workshops in the RI Public Libraries. In recent years, Cathren has changed her focus from individual expression to community collaborative art. Cathren has contributed such public works as “The Great Serpent Mound” and the interactive Gong Oracle with its animated film, “The Art of Peace”. Joining with The Peace Flags Project at PeaceFest 2015, she began her largest work to date: “The Great American Peace Flag.” This giant reproduction of the U.S. flag features peace flags made by over 300 people from the state of RI. The finished Flag has been featured at the University of RI’s Center for Nonviolence and Peace Studies, as the back drop for the Caroline Cotter Concert to benefit the Peace Flags Project as well as a backdrop for a Peace Concert by the East Providence Chorus.. Next on the agenda: The United American Peace Flag. Look for it in 2017! 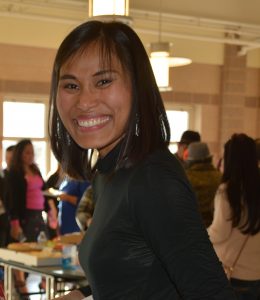 Nittaya Saenbut is a development practitioner holding a Bachelor degree in English and Communication from Ubonratchathani University, Thailand, and a Master’s degree in Sustainable International Development from Brandeis University. Nittaya currently works as a family engagement program manager at the Center for Southeast Asians, focusing on family/community engagement in the education system, cultural understanding and competency and youth development. Born and raised in Thailand, Nittaya has experience working with rural communities focusing on youth development, education, community empowerment, gender equity and cross-cultural learning in West Africa, Southeast Asia. Because peace is both a process and an end, Nittaya’s approach to peace is to work toward social justice, including equity in education, socioeconomics, gender, and ethnic and racial rights. 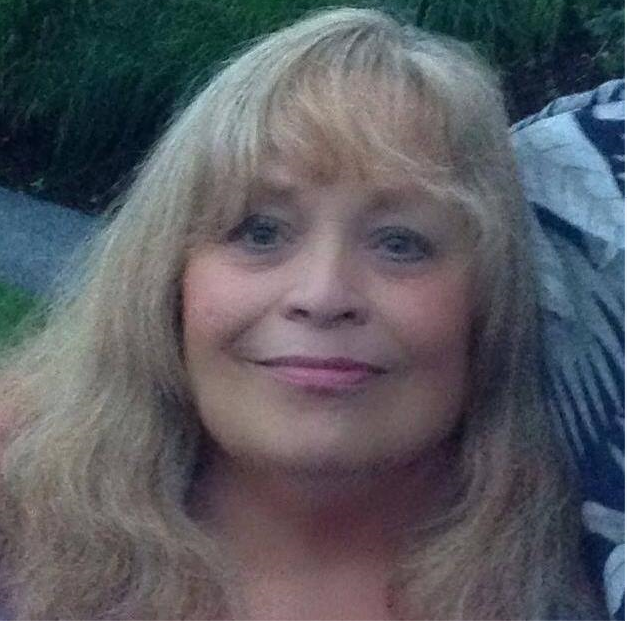 Education Specialist: Karen Crowe is an artist, elementary school teacher,  social worker and a peace activist. She worked many years as an ESL teacher,  social worker, and community organizer here in Rhode Island and southeastern Massachusetts. Her graduate and undergraduate studies were completed in Rhode Island at Rhode Island College and Providence College. Karen’s professional experience both as an elementary school teacher in Providence, a social worker specializing in domestic violence, and as a community organizer for Peace & Social Justice at CCJ have led her to dig deeper for inspiration. She has been a student of ancient Indian spiritual teachings for the past 20 years. She believes that peace begins within our imagination and that we need to make the choice to think and behave in peaceful ways every day. The Peace Flag Project assists people in doing this through our programs, activities and festivals. Karen especially loves teaching peace with the children in the community libraries throughout Rhode Island.

Dena offers valuable design and development experience to our project. An artist with extensive global business ventures, Dena brings together two worlds. Before retirement, she worked at Hasbro, Inc. as VP of Design and Development, providing executive leadership for classic brands.

Dena is a kind and generous woman of peace as she continues to be active in the community making significant volunteer contributions. One special group for her is the International Institute of New England, especially with a skill-training program for documented refugees. Having lived in Africa for many years, she has been involved with several significant programs there; one of the most important has been the Chikumbuso Widows & Orphans Project in Zambia, supporting those affected by HIV. Closer to home, Dena has been involved with Ocean State AIDS Care’s FACTS Nursery and DCYF as a Foster Parent. And for many years, she has been part of the Religious Education team at First Unitarian Church of Providence. 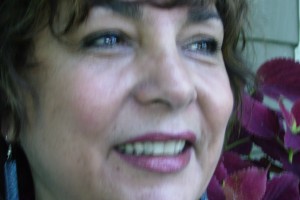 Diane D’Errico  will be serving as an advisor to the Peace Flag Project. She is a highly skilled professional who has been involved with nonprofits for many years in RI. She has served as a Counselor, Development Director and Grant Writer. Diane recently left her position at Community Development Officer for the Women’s Resource Center in Newport and Warren, RI, to found her own consulting firm, On Point Consulting. 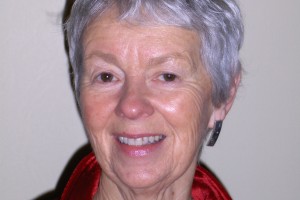 Jane Maguire and I co-founded the Peace Flag Project in 2004. She retired in 2007. Without each other, we might not have worked with thousands of adults and children in Rhode Island and surrounding areas. I am grateful for the partnership that helped this work to grow.